Though it still certainly occupies a niche, it’s been fascinating to see how 2018’s seminal Celeste has begun to influence the design of platformers in the time since its release. That unique blend of approachable but punishing gameplay and a surprisingly emotional story was something that had never really been done before, and it’s no surprise that other developers have taken notes and ideas to use in games of their own.

Enter Ageless, a new puzzle platformer that looks like it borrows a little too heavily on first look. And while, yes, it is clear that Celeste had a major influence on the design of Ageless, dismissing it as merely a clone would be missing out on a mostly enjoyable and distinct puzzle platformer that rightfully earns its own identity.

The story follows Kiara, a 20-something woman who’s struggling to find purpose in her life. In her desperate search for validation, Kiara opts to travel to a mysterious shrine that bequeaths “Gifts” to any who come its way, and she’s given the power to accelerate or roll back the flow of time. With this newfound ability, Kiara then sets out on a journey across a strange magical land looking for her purpose, all the while doing what she can to help out people she encounters. 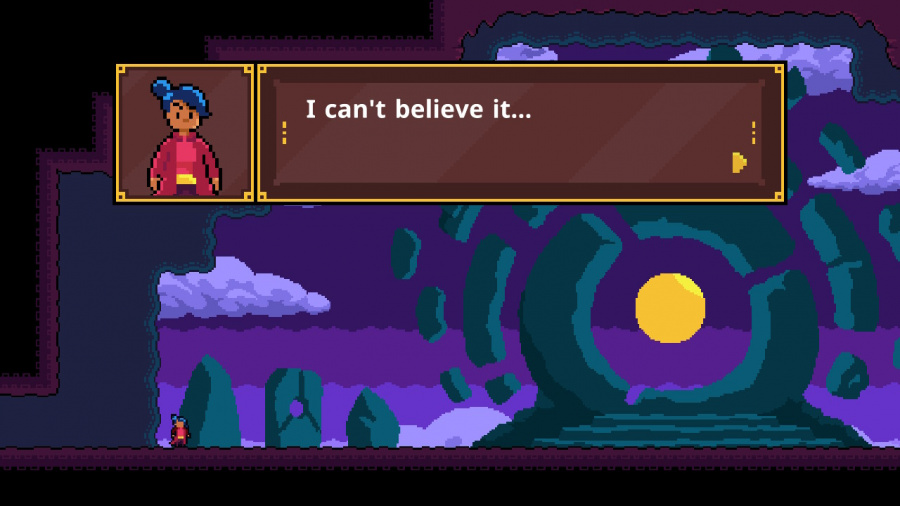 It’s certainly a cut above the kind of surface-level narrative that one typically encounters in a platformer, but Ageless seldom manages to stick the landing when it comes to hitting the right emotional beats. Or, to put it another way, there’s a lack of nuance to the way in which the story is told, almost like it’s checking off boxes rather than letting the narrative develop naturally.

For example, a scene in the first few hours of the game sees Kiara introduced to a little girl who suffers a debilitating respiratory sickness, one which Kiara’s powers can’t simply magic away. The scene is clearly trying to tug at the heartstrings and stir a sense of sorrow in the player, but it ends up just falling flat and feeling like a weirdly heavy break in the action. All that said, it’s still difficult to fault a platformer like this for daring to go beyond the typical ‘save the princess’ story. It may fall short of its aspirations, but Ageless does enough with its story to still be worthy of light praise. 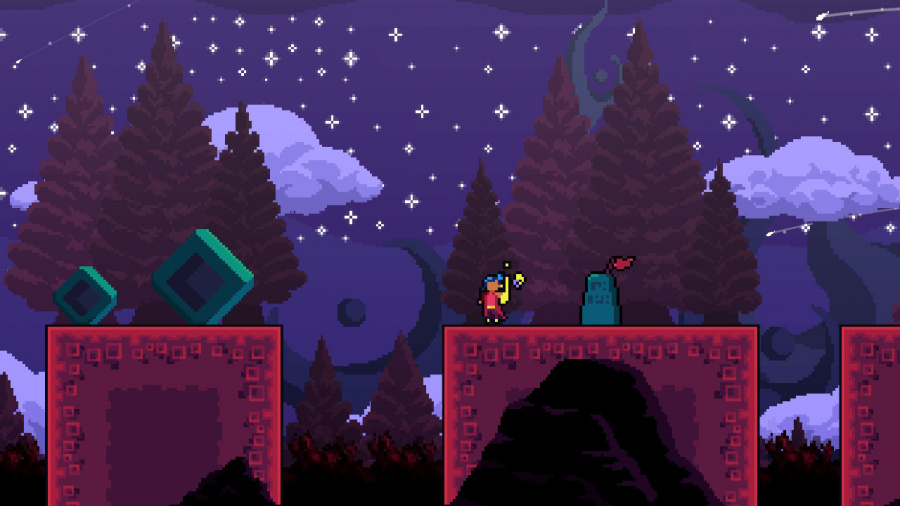 As for the gameplay, Ageless takes the shape of a puzzle-platformer – with a heavy emphasis on the puzzle side. Each world consists of a few dozen single-room puzzles which require a combination of Kiara’s ageing powers, dexterous acrobatics, and analytical thinking to achieve success. Firing her bow at various flora and fauna will cause the target to age or de-age, which in turn causes it to have a different effect on its environment. For example, a rhino enemy encountered early in the game can charge through walls in its ‘Prime’ age, but if Kiara advances it into the ‘Old’ age, it gains weight and can break through weaker floors.

Each world introduces a series of stage gimmicks (such as that rhino) which are mixed in increasingly more complex ways as you push further into the world. In this respect, Ageless is delightful to engage with, as it continuously finds new ways to get you to look at concepts in a different light. It can sometimes be frustrating when a level stumps you, but the relative simplicity of your options almost always leads to an ‘Aha!’ moment as you work through various trial and error methods.

Unfortunately, the repetition required to solve many of these puzzles highlights a deeper issue with Ageless: the platforming mechanics. Kiara has a sort of unresponsive heaviness to her – especially when controlling her mid-air – that can lead to many frustrating deaths. You thankfully respawn at the beginning of the room almost immediately after death, but this also resets the puzzle each time, which can lead to tedious segments where you’re continuously having to go through the motions of setting up a puzzle just for another crack at a difficult platforming section near the end. In many cases, this robs the level itself of its fun, and successfully completing it leaves you not with a feeling of triumph, but a sense of relief that it’s finally over. 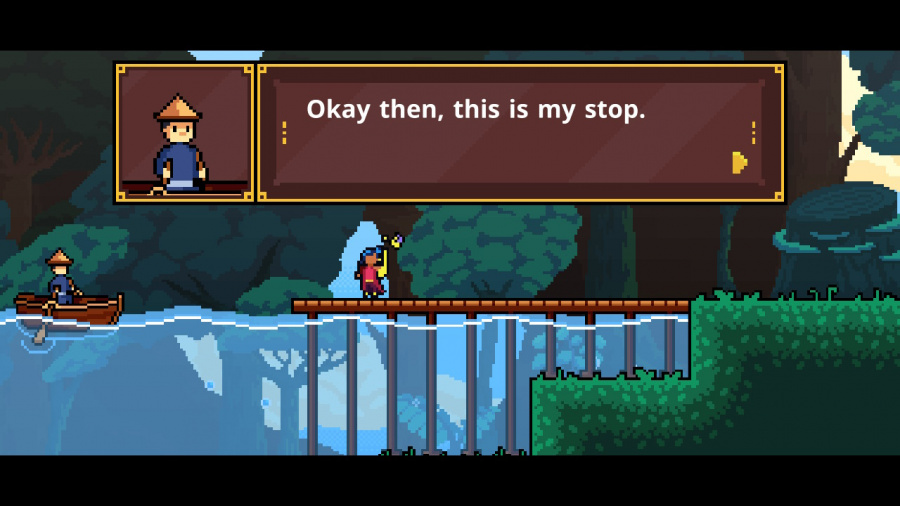 Ageless is at its best in the levels that demand decent platforming prowess but are forgiving of mistakes made while trying to get things just right. Conversely, it’s at its worst when it demands too much of the player and cruelly punishes your mistakes by repeatedly forcing you through the tedium of resetting the puzzle. The issue is that the difficulty can oscillate considerably from one level to the next, which gives the whole game a sort of inconsistency that dampens its best moments and highlights its worst ones. It’s a real shame, too, as the majority of the experience flows nicely and features some excellent level and puzzle design.

You’ll probably manage to squeeze about ten hours out of the campaign in all, as there are five main worlds to progress through. Completionists will probably be able to add another five to that total, as there are a series of optional challenge rooms along the way that feature particularly difficult hazards to overcome. These each house relics that act as extra collectables which only the best of the best can manage to obtain. The rub here is that grabbing the relic isn’t enough; you have to make it all the way back to the nearest checkpoint before you bank it and add it to the total. As a reward, each of these relics will unlock a little more of a series of intricate voxel dioramas in the main menu which are each themed after a different world. 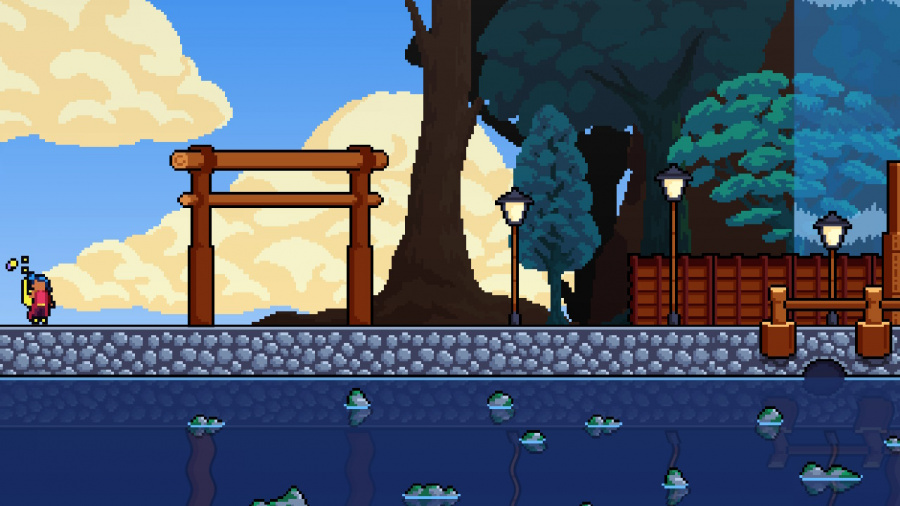 From a presentation perspective, Ageless manages to satisfy, even if it doesn’t do much to impress. The simplistic 16-bit art style is charming in how it manages to feel just a little bit different than its genre peers, and each world has its own colour palette to keep a clear distinction in place. Even so, there aren’t any standout moments along the way that are particularly memorable or noteworthy; it’s the sort of art style that’s just sort of ‘there’. The soundtrack is similarly subdued, opting for a sombre, piano-laden style that fits well with the tone set by the narrative. Many levels won’t even feature music at all, simply giving you some golden silence to work out your tactics for overcoming that room’s challenges. Ageless doesn’t leave much of an impression through its perspective, then, but neither does it manage to disappoint either.

Ageless is the sort of game that could best be described as a great concept that almost nails the execution. The sombre narrative, cerebral gameplay, and distinct presentation are all great in their own regard, but each is plagued with enough inconsistencies and caveats to hold back the overall experience from true greatness. We’d give this one a cautious recommendation, as the distinct brand of puzzle-platforming gameplay ultimately proves to be a worthwhile experience, but this is also certainly not the ‘next Celeste’. Still, if you’ve been looking for a decent new indie for your Switch that you can clear in a reasonably short timeframe, it’s tough to go wrong here.