Need the best Assassin’s Creed Valhalla PC settings to hit that sweet, sweet 60fps? Ubisoft has stepped up their game when it comes to adjusting the PC graphics options, with a number of sliders available to fiddle with, allowing you to perfectly optimise your graphics settings, but hitting 60fps in this sprawling Viking saga is no mean feat.

Valhalla also has its own benchmarking tool, available in the main menu by selecting the ‘Benchmark’ option, which displays the results afterwards, including some suggested settings you can turn down based on VRAM, CPU, and GPU impact. It’s not overly extensive, though, and as one of my colleagues can attest, turning something as simple as the cloud slider down can vastly improve the graphics.

Typically, our hardware team puts a new game like Valhalla through its paces, testing it on different graphics cards, but as we’re all working from home, we’re instead relying on our home setup, which leads me onto the details of the rig this has been tested on. Although, we will do our best to suggest quick fixes to improve your Valhalla PC settings based on the findings of the whole team and PC comparisons.

Here is the build for the PC we’re testing on:

Although Ubisoft has assured us that the global performance of Valhalla is constantly monitored and visible in the graphics tab of the main menu. If there are any changes, we’ll be sure to update this guide to reflect it. You can also access the game performance panel at any time by pressing F1, while playing. It’s worth flagging too, that this has been put together before Valhalla game drivers have been released, so we may see some significant improvements when that happens. 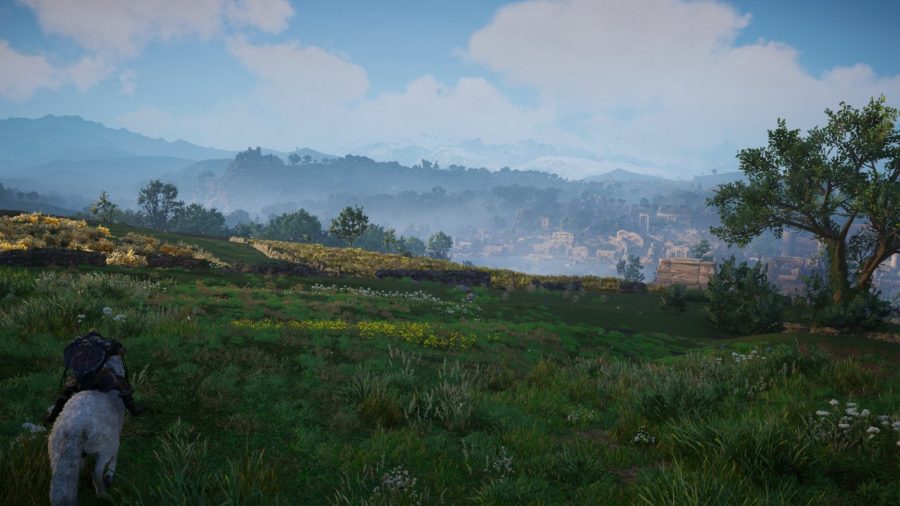 Initially running the benchmark with everything on Very High, we hit an average of 47fps. Of course, this is just a rough estimate, and it mainly tested market towns and open vistas, but more demanding areas can easily tank performance. Here are some suggestions, if like us, you desperately want to hit a solid 60fps. 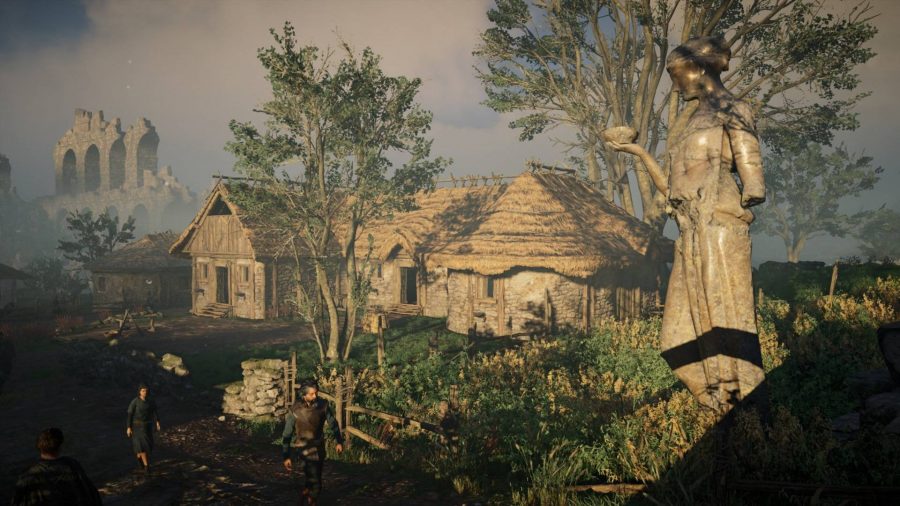 For our next benchmarking test, we tuned the graphics preset to all High, and got a slightly healthier 50fps. The next part involves tweaking the individual graphic options, which can be a little up to personal preference. There are, however, some changes that make a big difference to your frame counts, without severely impacting the visuals. With these changes we achieved around 61- 66fps in most areas.

World details – There is quite a difference between medium and high, so we recommend going for high if you want the graphics to sing. The main changes are reduced flora from all terrains, whether that’s leaves or shrubbery and turning world details down to medium, vastly impacts towns, markets, and your settlement, giving roads and rocky terrain a washed over and one dimensional, undesired effect.

Clutter – There’s a big difference in the leap from low to medium, but not so much in medium-high so we recommend changing clutter to high for a nice level of detail. This is more about the amount of ‘things’ in Valhalla, which gives the performance an extra boost when you cut out that extra flourish of lavender or cluster of berries. 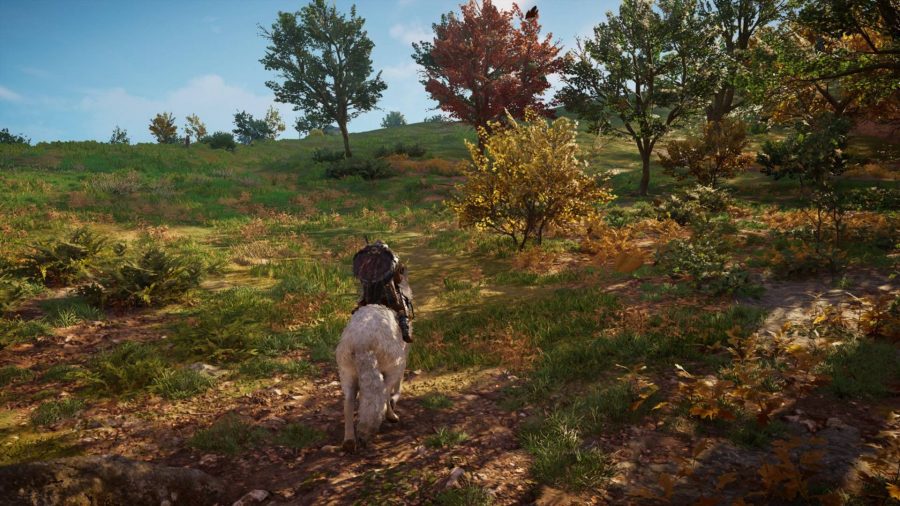 Shadows – Switching this down to medium, you won’t find much difference in the detail of depth of shadows from medium to high, but turning it too low, will cause the world to look washed out. This is particularly evident in snowy or rocky regions that can’t rely on the multitude of colours.

Volumetric clouds – Although Valhalla has some truly breathtaking views to admire, we spend more time raiding and exploring than gazing up at the sky, and dropping the volumetric clouds to medium so they’re not so full and fluffy wasn’t a hard trade off and improved the performance.

Water – Usually this would be our last sacrifice, but the water is very hard to make look bad in Valhalla, saying that we were not happy with the water level and effects at low, so we recommend dropping water to medium. The result is still wonderfully vibrant rivers, seas, and lakes (and there are plenty of those) but the environmental changes have the biggest effect on achieving that 60fps. 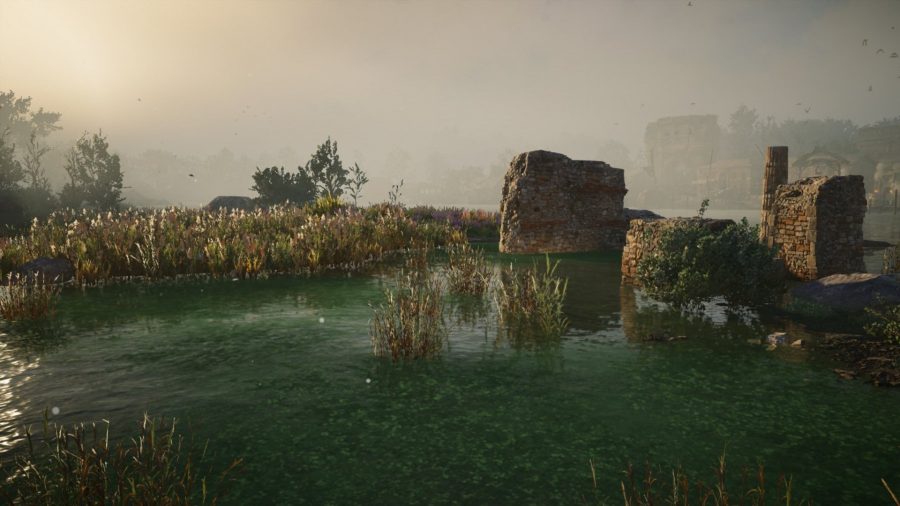 This is the area we noticed the biggest change, and you should keep this on high. We hit 60fps pretty comfortably, although you may notice a slight dip in congested areas that require the detail. It is again, roads, terrain, mud, rocks – pretty much any surface – that will look worse off when lowering anti-aliasing. Although the graphics tab gives you an option to adapt to 60fps, you lose control of the visuals, prioritising performance but getting some ugly scenes as a tradeoff. Setting anti-aliasing to high will ensure great quality, so that all them lovely rocks are as lovely as they should be, especially as you spend half the game climbing them.

This is the most notable change in fiddling with the graphics settings and made the biggest impact on how the game looks. We recommend keeping both environment and character textures at high, if you can, but if your fps dips, then character textures can be adjusted to medium, without a severe impact on detail.

Again, it’s personal preference as well, so spend some time adjusting the settings until you find a happy-medium. It’s also worth noting that the Assassin’s Creed Valhalla PC settings could change, as with Watch Dogs Legion, the arrival of new Nvidia drivers can make a big difference to performance.

‘The Pathless’ Review: ‘Journey’ Meets ‘Breath of the Wild’ in Beautiful Adventure Game from Annapurna