Everyone’s favourite lovable psycho Krieg is making his return in the next piece of Borderlands 3 campaign DLC, according to a teaser released today by Gearbox Software. In it, Krieg can be seen floating in front of a shifting background of Borderlands artwork, as his unintelligible shouts and grunts play in voiceover.

Krieg, who Borderlands 2 players will remember as that psycho who is guided by inner voices and at one point befriends siren vault hunter Maya, is shown seated in a lotus pose in the new teaser. He was added as a playable character in Borderlands 2 and was made available as add-on DLC shortly before the release of Tiny Tina’s Assault on Dragon Keep.

At this point, Gearbox isn’t telling us much about the next piece of campaign DLC for Borderlands 3. It’ll be the fourth campaign addition, following on the heels of Moxxi’s Heist on the Handsome Jackpot; Guns, Love, and Tentacles; and the recent Bounty of Blood Western-themed DLC that launched in June. As with the others, DLC 4 is included in the Borderlands 3 Season Pass. 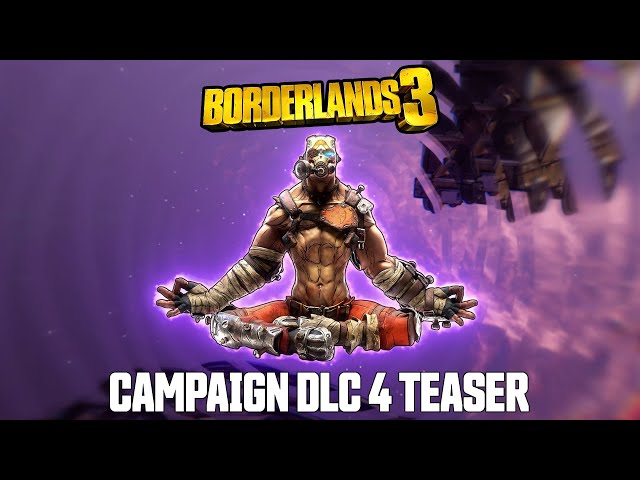 Not a ton to go on, sure, but it’s enough to be excited about if you’re a big fan of Krieg from Borderlands 2 and have been itching to find out what the mad lad has been up to.

Borderlands 3 is one of our favourite co-op games for 2020, so head over to that list for some more great games to play alongside your friends.