Crash Bandicoot 4 will not launch on PC, but Activision is “evaluating additional platforms”

Crash Bandicoot 4: It’s About Time has finally gotten its official announcement after a week full of early leaks and rumours. The follow-up to the classic Crash trilogy is scheduled to launch on October 2, but only on PlayStation 4 and Xbox One – there’s no concrete word yet on a PC release, but Activision says it’s “evaluating additional platforms” for the game.

“We are still evaluating additional platforms for a future date”, an Activision representative tells us. “Stay tuned for more information.” Crash Bandicoot N. Sane Trilogy originally launched exclusively on PlayStation 4 in 2017, and came to other consoles and PC a year later. Spyro Reignited Trilogy (developed by Toys for Bob, the same studio behind Crash 4) similarly launched for consoles in 2018, and came to PC a year later.

As the title implies, Crash Bandicoot 4 ignores the later entries in the series to directly follow Naughty Dog’s original trilogy of PS1 platform games. This time, Crash and Coco will collect four space-time altering Quantum Masks to unlock new gameplay powers, like abilities to slow down time or flip stages upside down.

You can check out the debut trailer below.

And a bit of gameplay here. 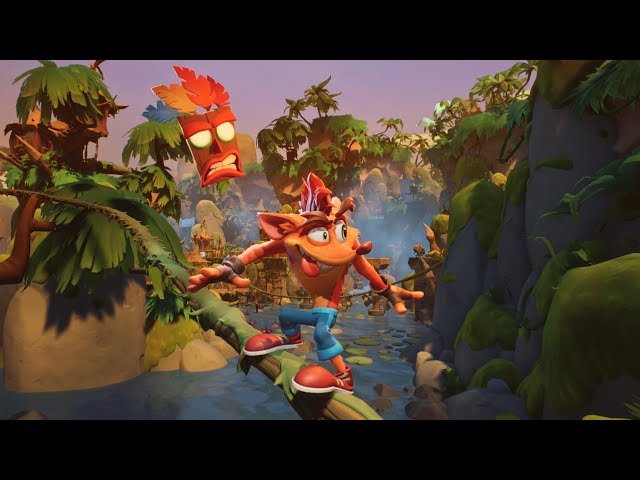 Check out some more upcoming PC games to help fill the time until Crash 4 makes its probable PC debut.