Cyberpunk 2077 is the most awaited game of 2020, especially after seeing how it would look like in CD Projekt Red’s Night city Wire Event. But in a recent interaction with Gamereactor, level designer Max Pears delivered an update on one of the features in the game.

“Ah, the wall running” Pears exclaimed, “that is something that we removed due to design reasons, but there’s still going to be a lot of flexibility in how you move, that’s for sure”

This may not be what fans wanted but we have to admit it would’ve been pretty difficult to navigate around with the entire game being first-person. Take ‘Prince of Persia’ or ‘Assassins Creed’ for example. These games were purely third-person and using wall-running here made much more sense since you have access to a larger perspective of your surroundings.

The wall-running feature was shown to be a part of the game when we were shown a 48-minute preview back in 2018. But now as Max reveals it, it has been scrapped.

The movement still remains flexible regardless of this feature as Max claims. Even YouTuber Alanah Pearce mentions in a Q&A session that the movement is very fluid and you have control at all times. You can read more about it here.

Other exciting features in Cyberpunk 2077

Scrapping wall-runs maybe disappointing but the game has tons of other features to be excited about at the same time. Take the ‘Braindance’ feature for example. It allows you to re-visit, analyze, and investigate another person’s experience. The character can basically feel the other person’s feelings while looking for clues. This is an amazing introduction by CDPR which also gives them a lot of room to introduce DLCs which may be based on exploring this feature. 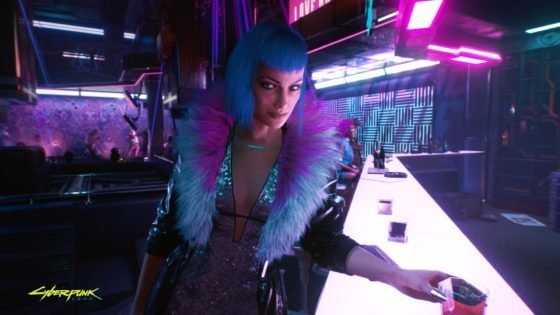 Another feature that a lot of people are looking forward to is the genital customization. Word is that you can literally control the size of the genitals apart from other things. No game has ever offered such a feature before and here is CDPR giving you control of your character’s genitalia. (Good move, CDPR)

CDPR also announced its partnership with Netflix to produce an anime series called ‘Cyberpunk: Edgerunners’, to keep the hype going. The studio clearly has gone all out with its marketing of the game and hopefully, it will be exactly as fans expect it to be, maybe even more.

I love to play games of all kinds. You can usually find me casually teaming up with my squad to play the most random games ever. Oh, and I also manage to write about those sometimes

Xbox is holding a week