The original Final Fantasy Crystal Chronicles on the Nintendo GameCube was nothing short of a nightmare to set up. If you wanted to play co-op, each player needed their own Game Boy Advance and link cable. The handheld would become your controller, and its screen would display important information, like inventories and maps. It was a gimmick that remains unique to this day, but that’s no surprise given how awkward and expensive the whole process was.

With Final Fantasy Crystal Chronicles: Remastered Edition, Square Enix had one job: make Crystal Chronicles more accessible than it ever has been. Unfortunately, the developer dropped the ball long before release, when it revealed that the remaster wouldn’t have any form of local co-op. As such, you’re forced to hop online if you want to play with friends.

For most games that’s not an issue, but online co-op is handled badly in Crystal Chronicles. Instead of simply grouping up with your pals and heading out on an adventure together, you join with other players on a dungeon-by-dungeon basis. In the original game, you got to journey alongside your friends, travelling the roads and exploring peaceful towns as a team. Here, you wander alone until it’s time for action. 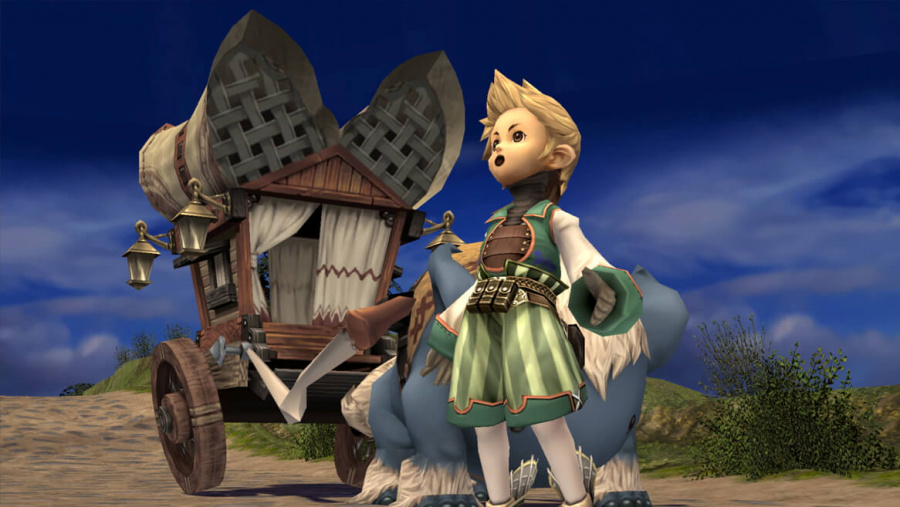 Without local co-op, there’s no doubt that Crystal Chronicles loses some of its magic. Cross-platform co-op is certainly nice to have — PS4 players can group with those on mobile or Nintendo Switch — but waving goodbye to your buddies after a couple of dungeon runs just isn’t the same. What’s more, only the host actually makes story progress when you play online. If you and your friends want to experience the game together, then you’re going to have to play through the same dungeons multiple times until everyone has reached the same point, regrouping through invites over and over again. Convoluted is an understatement.

It’s such a shame that co-op play is a bust in Crystal Chronicles, because the game still has so much charm. In its art direction, its soundtrack, and even its simple but effective world building, the 17-year-old title remains memorable.

As part of your hometown’s crystal caravan, gathering precious myrrh from sacred trees is your duty. The only problem is that these trees rest in the depths of monster-infested dungeons. Each dungeon has its own theme and gimmicks, complete with unique bosses and enemy combinations. Crystal Chronicles is an action RPG but by today’s standards it’s rather basic. Combat is all about watching you opponent, moving around their attacks, and striking back with either a swing of your weapon or a magic spell. It’s a simplistic system, but it gets the job done. A wide range of monster types keep things interesting, and you can combine spells to create more potent magic. 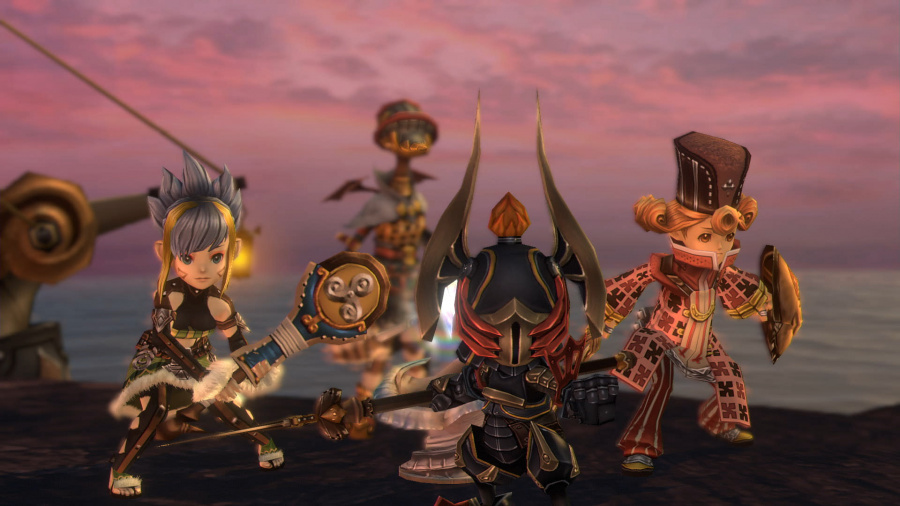 You can play through the entirety of the game alone if you wish, with only your fluffy Moogle companion to keep you company. Many of the game’s mechanics are built with co-op in mind, but honestly, single player feels like less of a hassle at times. For starters, your aforementioned ally, Mog, carries the all-important crystal chalice for you. You see, the world’s coated in an evil fog known as the miasma, and so staying within the chalice’s blessed shield is a necessity as you adventure.

The shield effectively forms an arena when you enter combat, but having Mog handle it means that the arena moves with you as you fight. This alone gives you a distinct advantage against many tougher opponents, as in co-op, you or one of your allies will have to look after the chalice at all times. And when you’re carrying it, you can’t attack, defend, or cast magic.

The burden of minding the chalice means that coordination with your party is key — but that can be asking an awful lot when you’re paired up with total strangers. Sadly, it all comes back to that lack of local co-op. Crystal Chronicles is still designed to be played side by side with friends, all huddled around the same TV. Trying to achieve that same level of cooperation with other players online simply isn’t possible. 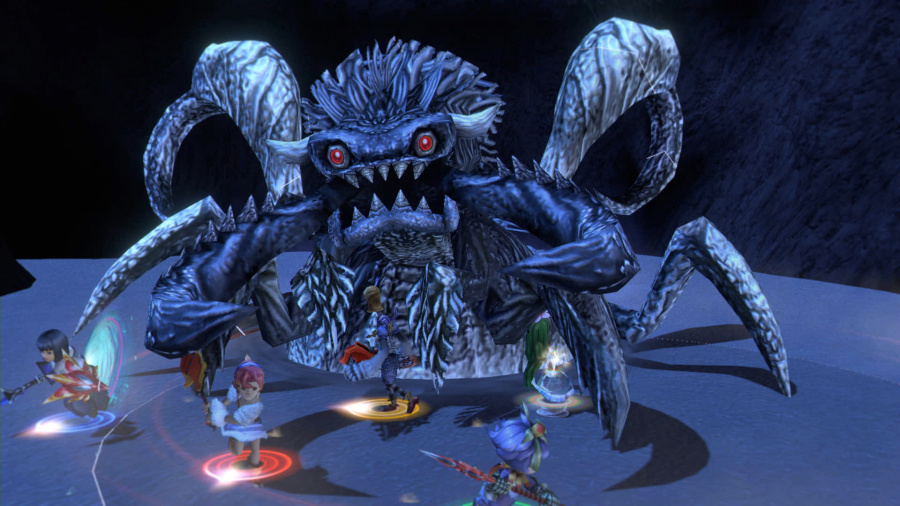 But hey, at least the remaster throws some new content into the mix. Alongside added voice acting and some extra character skins, tough endgame dungeons have been bolted onto the experience. Although they do feel like a slog at times due to increased enemy health and some seriously bulky (recoloured and slightly reworked) bosses, they provide a good reason to keep playing thanks to new rewards.

There’s still a memorable, charming adventure to be had in Final Fantasy Crystal Chronicles: Remastered Edition, but the complete lack of local co-op cripples the game’s original vision. Playing together online is always an option, but even that’s poorly implemented, with convoluted invite systems and host-only story progression. As a mostly solo experience, Crystal Chronicles is a decent, if somewhat repetitive dungeon crawler — but this remaster should have been so much more.