Spike Chunsoft’s Jump Force arrives on Switch more than a full year after its release on other platforms and it is, as it was then, a very mixed bag of anime nuts. Jump Force Deluxe Edition is an easy to learn, easy to master button-mashing brawler with a huge roster of over fifty characters from the illustrious archives of Shonen Jump magazine, it’s a game that impresses in its initial hour or thereabouts before you start to get to grips with just how one-note the whole thing really is. This is a problem that’s compounded in a Switch port that’s a little too blurry to be comfortable in handheld and really struggles to maintain a decent framerate in its hub area when you take things online.

The story here, such as it is, sees you assume control of a player-created character who’s been severely injured in an attack on New York City by Dragon Ball’s big-brained baddie, Frieza. After being revived by Trunks using a mysterious Umbras Cube, you’re granted the ability to become a Manga fighting hero and whisked back to Jump Force HQ where you’ll choose a team of fighters to hook up with in order to put a stop to an apocalyptic plot involving Venoms, Umbras cubes and plenty of inexplicably convoluted conversations. 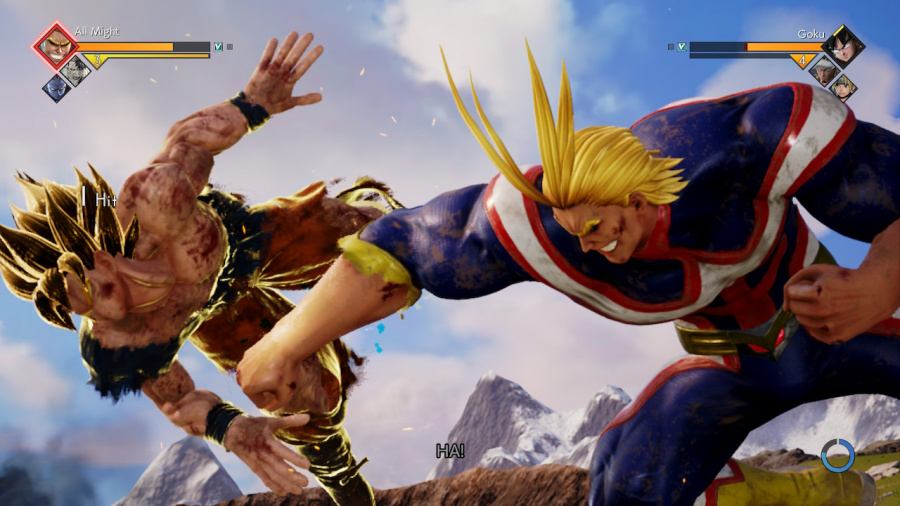 It’s a single-player campaign that starts off well enough as you’re introduced to the huge roster of ever-popular Shonen characters who’ve found themselves duking it in locations around the earth when their Manga worlds merge with reality. However, this fun premise quickly devolves into a dreary affair stuffed with flat exposition dumps presented in dull cutscenes with pretty much static representations of the various heroes involved. It’s certainly a lengthy campaign all told, but it’s also a repetitive and lazy slog that does nothing to excite or enhance the basic fighting that sits at the core of the game. There was a massive opportunity here to indulge fans with explosive confrontations between characters who share established histories and plenty of previous grudges – a whole world to take advantage of – but Spike Chunsoft just hasn’t bothered, and it’s a shame.

In terms of the actual fighting, things also get off to a pretty promising start. Facing off against your foes in teams of three, Jump Force is an immediately flashy, bombastic beast that’s very easy to get to grips with. There’s pretty much zero learning curve here as simple button presses pull off earth-shattering specials, awakening moves, flashy counters and parries. There are no complicated inputs to worry about; every character controls identically and within moments of booting the thing up you’ll be flinging lasers and fireballs around arenas, causing screen-shaking earthquakes and stunt-rolling out of a Mini Cooper to shoot levitating oil barrels at your enemies. 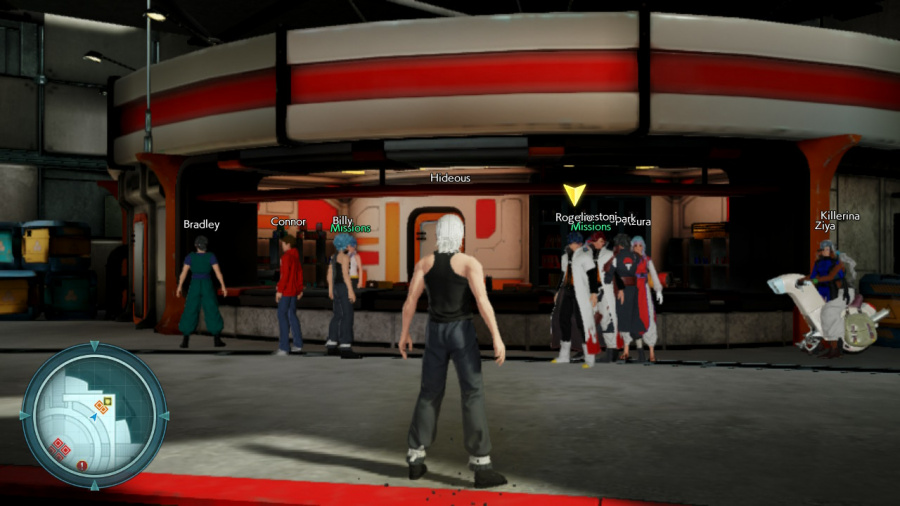 Combat in Jump Force revolves very simply around timing dodges and blocks, tagging your partners in at opportune moments and giving yourself the space to charge up huge attacks that blow your opponent six ways from Sunday before they have a chance to do the same. There’s certainly some fun to be had in the initial hours; tagging in teammates and surprising your foe with a sneaky throw, pulling off support attacks and investigating the hundreds of spectacular supers the game has to offer is undeniably a good time, but it’s all very, very short-lived. There’s just no getting away from the fact that the simplicity of the combat means that things get old quickly; it’s repetitive in the extreme and a textbook example of style over substance.

There are efforts to inject some depth into proceedings, with all-manner of J-Skills and upgrades to apply to your character – through tedious and convoluted menus – and we appreciate the fact you can choose any moves from the entire roster of fighters to round out your player creations, but all of this feels redundant in the end because that core combat system is so repetitive and simplistic that you’ll always be doing pretty much exactly the same thing during a fight.

Take things online and they improve slightly; there’s an element of out-manoeuvring a human opponent that makes things somewhat more interesting, but, when all’s said and done, once you’ve got tired of watching the fireworks there really isn’t much more on offer here, unless you really are an absolutely huge fan of the characters and shows involved. There are events to take part in, missions and tutorials scattered around the extremely user-unfriendly hub area (would it really hurt to provide an actually useful map?) but all of these various activities result in you choosing three fighters and jumping into more of the same old, same old combat. 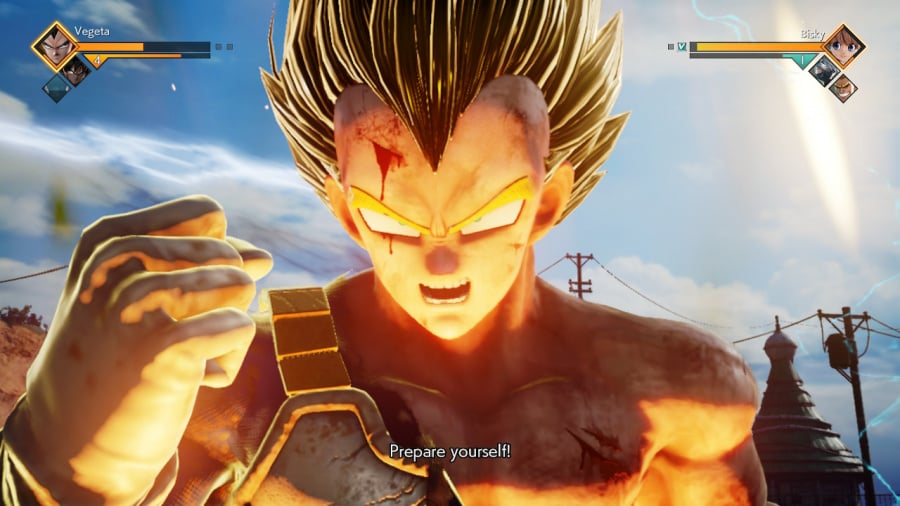 In terms of this Switch port too, as we mentioned, there’s a blurriness to proceedings in handheld mode that makes things a little headache-inducing, with the resolution sitting at 540p for the most part, and taking things online causes the hub area (where you’ll spend a fair amount of your time) to turn into a bit of a juddering mess. Finding opponents for online ranked battles or quick matches is also a pain; we managed a handful of fights during our time with the game – and they were impressively smooth when we got into action – but you should expect to spend quite a bit of time waiting or being thrown back to the menus if your preference here is PvP.

Jump Force is a good time for a short time; a simplistic button-masher that looks and sounds great in action but can’t deliver in terms of providing players with any more than a handful of hours of dumb fun before it all becomes a bit of a bore. If you’re a huge fan of the shows involved or you like your fighting nice and easy you’ll get more than most out of things and jumping into an online battle – if you can find one – adds a little spice to the mix but, overall, this is a disappointingly dull, one-note affair that doesn’t do its roster of ever-popular characters any sort of justice.

‘Avengers’ review in progress: It’s less ‘Destiny’ and more ‘Streets of Rage 4.’ And that’s a compliment.

‘Avengers’ review in progress: It’s less ‘Destiny’ and more ‘Streets of Rage 4.' And that’s a compliment. - The Washington Post

Will Bethesda games still come to PS5 and Switch?

New Xbox App (Beta) on Mobile Keeps You Connected to Your Games, Friends, and Fun

Will Bethesda games still come to PS5 and Switch?

New Xbox App (Beta) on Mobile Keeps You Connected to Your Games, Friends, and Fun