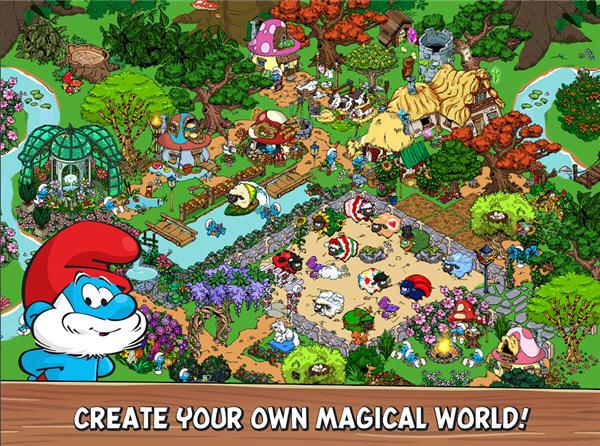 One of the newest pub co.&CloseCurlyQuote;s on the TSX: Venture Exchange is a free-to-play mobile game publisher focused on acquiring and optimizing proven video game franchises.

With both in home and personal entertainment now more important than ever, self-isolation is driving an increase in play time and money spent on mobile game apps. They are seeing downloads and use at unprecedented levels.

The mobile gaming market has outpaced every other market in video gaming and is valued around an immense $90 billion – about enough money to buy every 747 jet, including Air Force One and Air Force Two, and have plenty left over …. or 200 newspapers like the Washington Post with money to spare.

This resilient market is expected to grow at a compound annual growth rate (CAGR) of 14% by 2025. Mobile games account for 33% of all mobile app downloads and 74% of in app spending. There are more than 200 million mobile gamers in the United States alone.

Very uniquely positioned to capitalize on this market&CloseCurlyQuote;s growth is PopReach Corporation (TSX-V: POPR, Forum), a consolidator of proven, free-to-play game franchises, who are focused on acquiring and optimizing additional franchises to grow its library of titles. Once acquired, PopReach improves the performance of these assets through a combination of operating cost reductions and game optimizations geared toward existing and new players. With more than 120 employees between their Toronto and Bangalore offices, PopReach drives growth through a combination of investment in existing franchises and new acquisitions.

Already cash positive before even before entering the public market on the TSX Venture Exchange in early July 2020, PopReach is looking to the rest of the year and beyond to advance its proven business strategy.

An early stage company, PopReach generated revenue US$18 million last year, with adjusted EBITDA of US$3 million. This puts the Company in an exceptional position for rapid growth and many in the capital markets space have already taken notice; Beacon Securities recently initiated coverage on PopReach, declaring the stock a Speculative Buy, with a price target of C$1.85.

Think of video games as living, breathing organisms. A fun game is fun regardless of how old it is.

“We are a different kind of mobile gaming company. We don’t try to build new hit games; our organic growth is driven by investing in proven franchises and focusing on user optimization and retention and operating cost reductions. We minimize risk through a disciplined approach to identifying and executing acquisitions coupled with maintaining a diverse portfolio.&CloseCurlyDoubleQuote;

That comes from PopReach&CloseCurlyQuote;s co-founder and Chief Executive Officer, Jon Walsh, who explained to investors in a news release that the franchises the Company acquires already have proven market fit, which includes an existing user base that can be grown.

“As the mobile market continues to mature and expand, the number of aged games grow, so we see a continuous pipeline of acquisition opportunities.&CloseCurlyDoubleQuote;

PopReach&CloseCurlyQuote;s current game franchises are played by more than 1.2 million monthly active users. These games are distributed through top digital channels such as the Apple App Store, Google Play, Amazon Appstore and Facebook.

With an aim to increase player lifetime value, the Company is targeting meaningful top and bottom-line growth this year, through a combination of ongoing cost reductions and game optimizations.

One key benefit that PopReach brings to the table is how they breathe new life into the franchises they acquire. This typically will include improvements to the game&CloseCurlyQuote;s economy, along with updating the first-time user experience, which can be followed by new user acquisition when a game is ready. 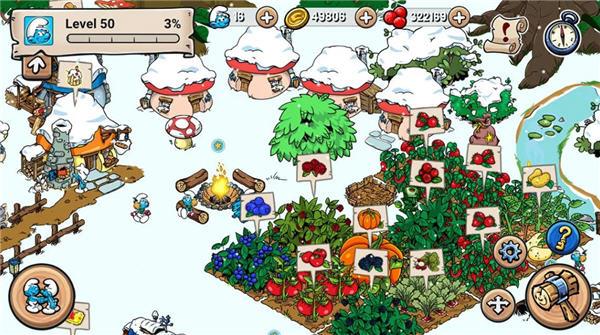 For a game like “Smurfs&CloseCurlyQuote; Village&CloseCurlyDoubleQuote;, the audience is already there. PopReach has been experimenting with user acquisition on this decade-old game, which has already had tens of millions of downloads and hundreds of millions in revenue generated, but prior owners of the game had never spent any money on marketing. This is an immense opportunity for the Company, as it reports encouraging results from its user acquisition tests. In addition, a new audience is right around the corner, with a new “Smurfs&CloseCurlyDoubleQuote; cartoon set to launch in 2021, distributed by Nickelodeon; “Smurfs Village&CloseCurlyDoubleQuote; will be waiting in the app store as soon as kids are done the first episode.

CEO Walsh added – “The franchises we acquire already have established market fit, and existing user bases which we can leverage. As the mobile market continues to mature and expand, the number of aged games grow, so we see a continuous pipeline of acquisition opportunities.&CloseCurlyDoubleQuote;

There are thousands of games submitted to Apple and Google&CloseCurlyQuote;s online stores every week and the barrier to entry for consumers is practically zero, as they are free to download and play, so how does a business stand out in this competitive market?

PopReach is currently focused on acquiring proven game franchises that generate between $2 million and $10 million per year in revenue; during its diligence process, the Company assesses more than 50 key performance indicators for each game, including current live analytics / data and lifetime historical metrics.

In general terms, the Company looks for games where its analysis indicates there is untapped potential, a lot of fun to be had, with a proven level of overall success, at the right stage of their life cycle so that the Company can acquire it at a reasonable multiple.

The biggest revenue game in the Company&CloseCurlyQuote;s library is “War of Nations”, a midcore player vs player game, where the player builds up their military base and resources to attack neighbouring nations who, in turn, build themselves up and return fire. This has been a very popular franchise with a loyal game audience.

As a Tier 1 Issuer on TSX Venture Exchange and a consolidator of game assets, PopReach now benefits from increased access to capital which it needs to acquire additional franchises.

CEO Walsh added – “Overall, we are very happy with our listing as PopReach is well positioned in the market and intends to create significant value for all of its stakeholders.&CloseCurlyDoubleQuote;

Walsh, like many others on the PopReach team, is a seasoned veteran of the industry who shares a deep network among his industry peers, including with agencies in the video game world who help facilitate M&A with companies who have live free-to-play games that are still popular, but need to be divested.

Meanwhile, smaller game publishers who have successful games but spend the majority of their resources maintaining them, may be unable to raise financing because of the hit driven nature of the game industry, but wish to pursue new projects; this is where PopReach can step in and take those assets off their hands at a reasonable multiple. These games are then migrated onto PopReach servers and given new life. The team in Bangalore immediately takes operational control of the acquired assets, reducing labour costs in the process.

The founders who built PopReach each bring decades of entrepreneurship and industry experience to the table, from creating these fun games to assembling data that details user activity to drive sales. They are collectively responsible for producing dozens of free-to-play games, as well as building analytics technologies that have been included in hundreds of millions of downloaded mobile games. 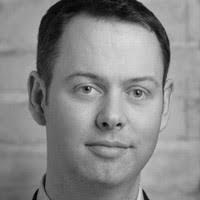 CEO Walsh (pictured left) has worked with numerous game publishers, studio founders and executives during his time at Fuse Powered, where he also published several #1 ranking mobile games. Fuse was acquired by San Francisco-based Upsight in 2016.

He has made games from PC to PlayStation to Xbox and Facebook and worked with hundreds of publishers including EA, Niantic, Zynga, Activision, and many others. He knows what makes a fun game, but also understands the data that drives their performance. In his last company, he helped build a CRM platform for mobile games where the players&CloseCurlyQuote; entire experience was analyzed, from their retention, engagement, how much money and time they spend, etc. This is exactly the sort of data PopReach analyzes as it selects franchises to bring under its umbrella.

President & COO Locke also boasts a deep CV. He established and directed teams responsible for industry defining free-to-play mobile games that have generated hundreds of millions of dollars in revenue, including “Kim Kardashian: Hollywood&CloseCurlyDoubleQuote; and “Smurfs Village&CloseCurlyDoubleQuote;. He was also the founder and CEO of Blammo Games, which was acquired by Glu Mobile (NASDAQ: GLUU), where he later served as Senior Vice President.

In an interview with Stockhouse Editorial, Walsh and Locke spoke of the rest of the PopReach&CloseCurlyQuote;s Executives as a “Canadian All-Star Team of Free to Play Game Experts&CloseCurlyDoubleQuote;. Members of the board have raised hundreds of millions in capital and have significant capital markets experience.

PopReach recently appointed of Ray Sharma as a Director of the Company. A former member of the Ontario Judicial Council, he was deeply involved in the funding and founding of more than 100 start-ups and has a track record in early-stage investments that is nothing short of world-class. Some top name exits include Apple Inc. (NASDAQ: AAPL), Google (NASDAQ: GOOGL), Electronic Arts (NASDAQ: EA), and others. Previously, Mr. Sharma spent 10 years in investment research in Canada and the US where he was awarded the top ranked analyst in wireless technology by Brendan Woods International and Greenwich surveys of fund managers.

In a release on this news, he stated that PopReach has a unique model for growth in the dynamic industry of gaming.

“I feel privileged to join a prestigious group of Executives as well as accomplished Directors and look forward to supporting the Company. The market opportunity to acquire established and reputable games is vast and we foresee many years of profitable growth for the Company.&CloseCurlyDoubleQuote;

The team also has a live ops team in Bangalore, a tech team in Toronto, many of whom built technology with CEO Walsh that has been used widely in games, from EA&CloseCurlyQuote;s titles to the popular “Pokémon Go&CloseCurlyDoubleQuote; mobile game.

As PopReach looks out to the rest of the year, the public game publisher is building upon its already impressive lineup of franchises and is looking to ramp-up its acquisition pipeline in the next six to twelve months. The strategy is sound – reduce the costs associated operating acquired games, improving the game experience for existing players, and then start working on growing the audience.

PopReach is in the business of buying cash-flowing assets. If it continues to buy the right franchises at the right price, it will continue to improve its cash flow and will scale in a cost-effective manner. This Company is focused on remaining cash positive as it grows through acquisition, a winning combination if ever there was one.

This Company is just getting started; from securing its public listing to setting up its executive team, what is next is to really see this stock in play.

To keep up to date with PopReach Corporation&CloseCurlyQuote;s news flow and ongoing activity, visit popreach.com.

FULL DISCLOSURE: This is a paid article produced by Stockhouse Publishing.

Review: ‘Hitman 3’ is everything you want in a stealth game, despite lack of multiplayer

BioMutant — remember that? — gets a launch date for PS4, Xbox One

Review: ‘Hitman 3’ is everything you want in a stealth game, despite lack of multiplayer

BioMutant — remember that? — gets a launch date for PS4, Xbox One