The brick-built NES is packed with realistic details, including an opening slot for the Game Pak with a locking function and a controller with a connecting cable and plug. The console comes with a buildable retro TV, featuring a flat 8-bit Mario figure on the scrolling screen, plus an action brick to scan with LEGO Mario (figure not included; find in the LEGO Super Mario Starter Course set – 71360) so he reacts to the on-screen enemies, obstacles and power-ups just like in the Super Mario Bros. game. 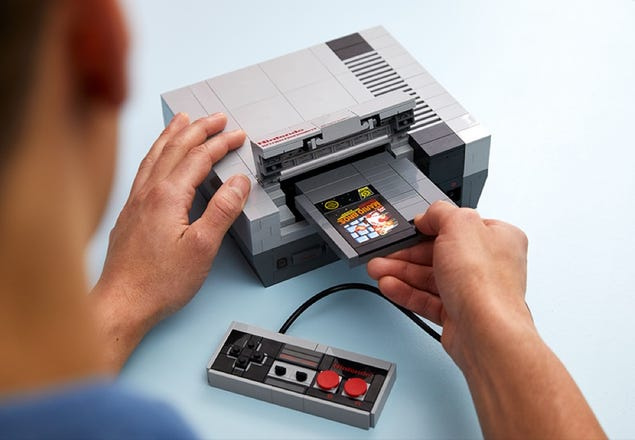 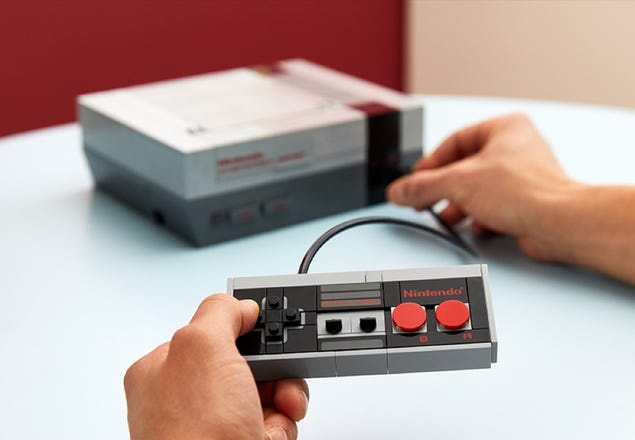 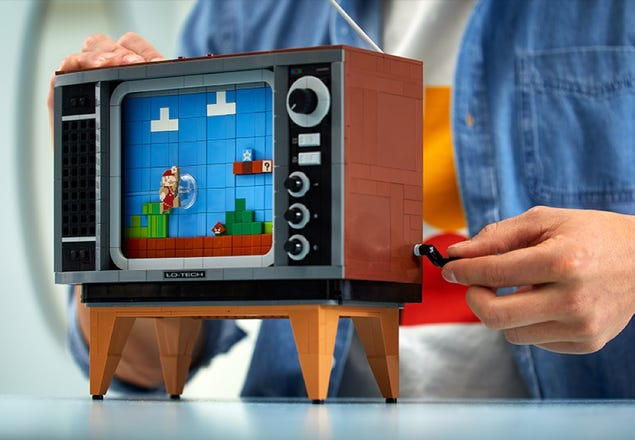 Bring the pixels to life with the #LEGO Nintendo Entertainment System set! Assemble your own console and retro TV, then turn the crank to make 8-bit Mario move across the screen! Add your LEGO Mario figure for even more fun!Available 8/1: https://t.co/51IHyLMEFj pic.twitter.com/io1xr1Jhz7

Original Article: According to a new report which has surfaced online today, Nintendo is set to release a LEGO version of its classic NES console next month.

A series of images have been shared by Chinese site VJgamer, which claims that the upcoming product includes 1:1 brick replicas of the NES itself, the controller, a cartridge, and even a TV which shows Super Mario Bros. on screen (thanks, VGC).

It’s said that owners will be able to open the NES’ front cover and insert the LEGO cartridge, and that the TV features a crank which can make Mario move from one side of the screen to the other. German publication PromoBricks says that the set will launch for €229 on 1st August.

Earlier today, LEGO also shared the following tease to its official Twitter account. Is an official announcement on the way?

The already-announced LEGO Mario sets have already been confirmed to be launching on 1st August. According to this new report, the Mario figure will work with this new NES set, plugging into the top of the TV and making sounds.

Would you like to get your hands on one of these? We’ll make sure to update this article if Nintendo or LEGO officially announces the new product.

This Is What a "Second