Hindu characters aren’t a new concept in gaming but, despite a rich history, few have ever explored the religion’s mythology to such extensive detail until now. Starting life as a failed Kickstarter project in 2017 by Nodding Head Games, Raji: An Ancient Epic has been several years in the making, seeing a surprise launch last week as a timed Switch exclusive. Bringing us an isometric action-adventure game within ancient India, it makes for a refreshing experience that leaves you wanting more.

Our story focuses on a circus performer called Raji, who sets out to rescue her younger brother Golu after he’s kidnapped by demons under Lord Mahabalasura’s command. Taking sympathy with her plight, Raji receives assistance to stop this demonic invasion from the goddess of war herself, Durga, who joins forces with Lord Vishnu to narrate this adventure from afar. Set across several acts, the game takes a healthy dose of inspiration from Balinese mythology too, actively teaching players their history in the process. 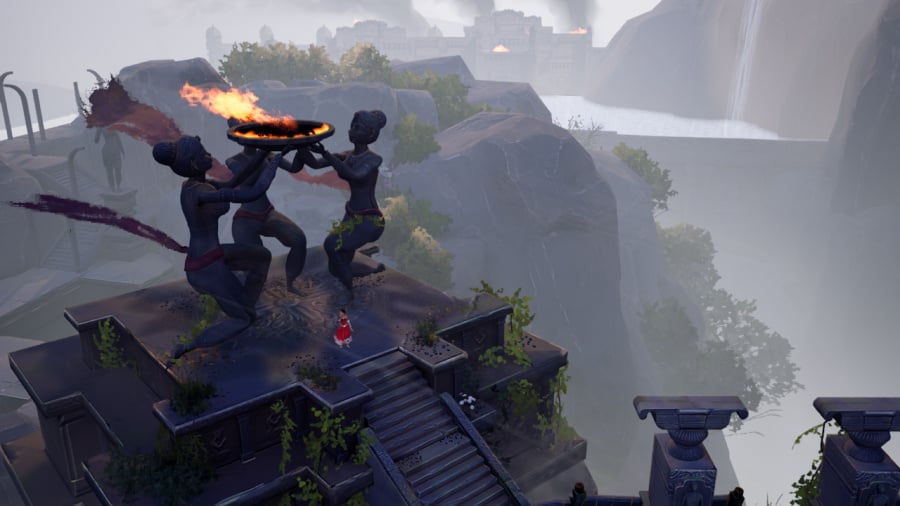 You’ll start with Durga’s ancient Trishul but as you make it to later acts, new weapons are acquired that keep combat varied. This includes Lord Vishnu’s celestial bow, Sharanga, alongside his sword and shield, Nandaka and Srivatsa. Each weapon contains a skill tree, allowing you to enhance attacks with elemental abilities, including lightning-based ones through Durga or fire with Lord Vishnu. This is done through obtaining “favour” orbs, usually found as a reward for exploration.

As she proceeds, Raji’s journey will face frequent interruptions from demons as they attempt to stop her reaching Golu, creating a magic barrier upon arrival to keep fighting contained. You’ve got your standard light and heavy attacks to fend off demons, but Raji has a set of extra abilities, such as spinning around pillars to stun enemies, dodge rolls to avoid being hit and leaping from walls to deal Area of Effect damage.

As enemies get weaker, their health bar turns red and when this happens, Raji can launch a special finishing move, which also restores her health. Demons exhibit different behaviour patterns, so it isn’t as simple as just striking them repeatedly with the same attack combinations. Some will let you come close, providing good opportunities for melee damage, while others try to keep their distance, meaning you must rely on ranged weapons. 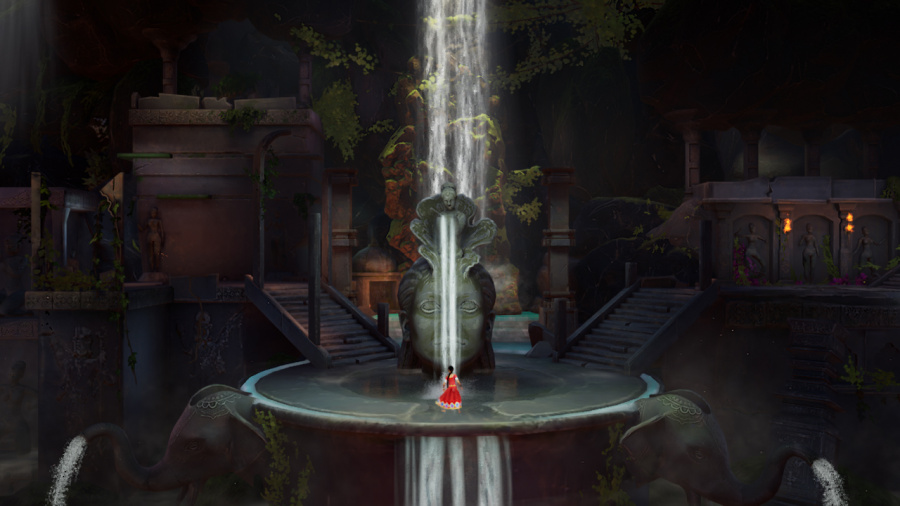 Some battles are centred near shrines to Kali, goddess of death, which collect demon blood as you slay them. Once charged up, these shrines bless Raji with a devastating Area of Effect attack, so it pays to take advantage when they’re present. It’s easy to learn, but combat can provide a fair challenge, proving highly versatile with a surprising level of depth.

Outside of combat, levels follow a linear structure and you encounter a series of rotating puzzles, some of which shed light on Raji and Golu’s past, but others offer a glimpse of their future. There’s also a series of platforming sections, utilising her acrobatic skills as a performer to pass tricky terrain via wall jumping or climbing high pillars. Perhaps due to the isometric camera, this can be rather easy to misjudge and a long fall can accidentally kill Raji. If she dies, progress restarts to just before that section, which minimises frustration, but the controls are not particularly precise. 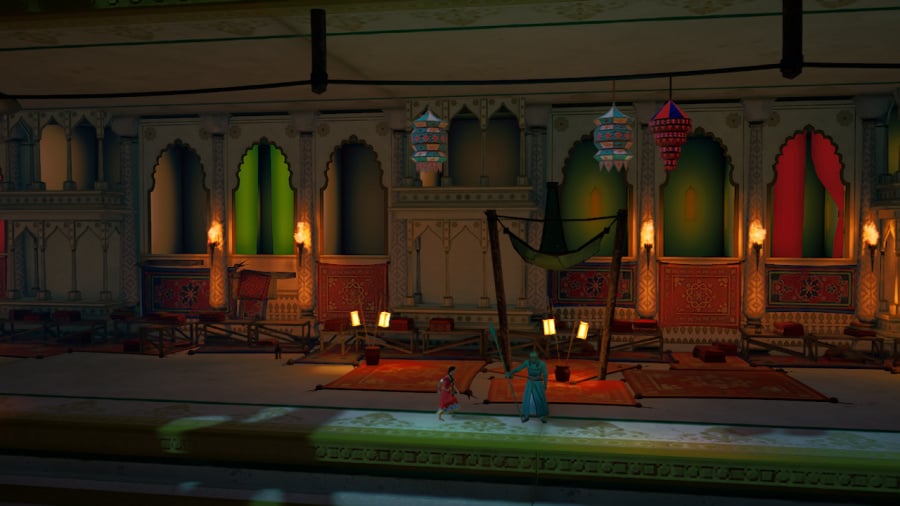 Unfortunately, it only takes several hours to complete this journey, so those hoping for a longer epic will find themselves disappointed. But when the narrative is this good, it becomes a case of quality over quantity. That said, there are some technical issues and, in several instances, the framerate dropped quite significantly, even outside of combat. This is quite disappointing, as it hampers an otherwise lovely experience.

Where Raji falls flat on technical performance, it makes up for in presentation and is an excellent example of how to utilise environmental storytelling. Featuring some impressive visual designs, cutscenes are portrayed like shadow puppets, masking the game’s lower budget well but making it visually interesting. Each act contains a series of murals that depict the history of many deities, with Vishnu and Durga discussing them like old memories, adding to a beautiful aesthetic.

Raji: An Ancient Epic is a strong debut for Nodding Head Games but it’s just a shame there isn’t more of it. It brings a respectful take on Hindu and Balinese mythology, one which has a strong narrative hook that invests you in Raji’s personal adventure whilst offering enjoying gameplay. Though it suffers from some unfortunate technical issues, this is one journey we still recommend experiencing, especially if you’re a fan of the genre.

PSN status: Sony’s PlayStation Network is back up after a four

Zynga out to cast spell with Harry Potter mobile game

PSN status: Sony’s PlayStation Network is back up after a four

Zynga out to cast spell with Harry Potter mobile game