So, it turns out Terraria: Journey’s End wasn’t the, er, end to Terraria’s journey after all. The action-adventure game’s fourth major expansion dropped in May this year, and was designed – as its name implies – to bring Terraria to “a place where the core game can finally be called ‘complete’”, as developer Re-Logic explained at the time. However, the studio’s now announced a follow-up: “the final content update for Terraria”. Oh, and it launches this very day.

Called Terraria 1.4.1 – Journey’s Actual End, the content drop’s been announced alongside a very brief clip on Re-Logic’s YouTube channel. You can take a peep at the whole 16 seconds of action below. “We are pleased to announce that we will be launching Terraria 1.4.1 tomorrow!” the studio says in the description (‘tomorrow’ being October 13).

“This is expected to be the final content update for Terraria – so you won’t want to miss this! Terraria 1.4.1 will include the final NPC, new achievements, lots of balance changes, bug fixes, new vanity, and the long-requested game credits (done Terraria style)!”

The clip itself doesn’t give much away, but it sounds like there’s plenty more content to delve into in the surprise update from the dev’s announcement. It’s also not clear what time to expect Terraria: Journey’s Actual End to launch, but given it’s due sometime today, you’ll only have a matter of hours to wait. 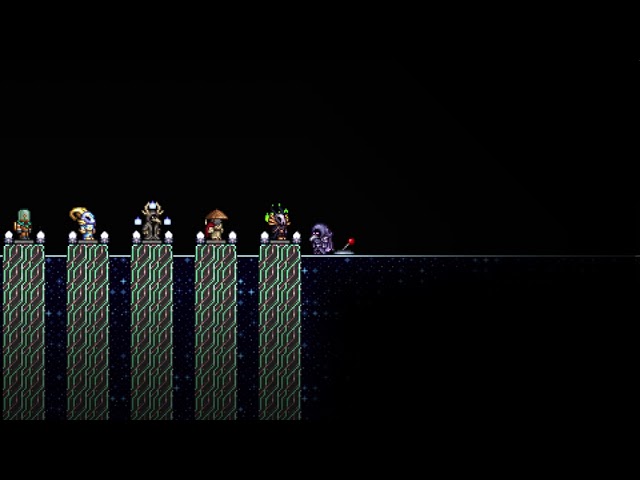 It’s also worth noting Re-Logic says this is “expected” to be the sandbox game’s “final” content-based hurrah – so, while it seems unlikely we’ll see another batch of goodies head to the game in a future update, it sounds at least possible from the description.

While you wait for Terraria: Journey’s Actual End to arrive, check out our rundown of the best platform games to try out on our home, er, platform.

Top 5 Mobile Games To Waste Your Life Away With

Top 5 Mobile Games To Waste Your Life Away With - Techstory