Technically speaking, at least, Watch Dogs Legion is an objectively better game on PlayStation 5 than PlayStation 4. It runs better, it looks better, and it loads much faster. That all does wonders for creating a much smoother experience on Sony’s latest console, making sure you spend a lot more of your precious time in the thick of London’s grittiest action. However, when we delivered our PS4 verdict of Watch Dogs Legion last month, our issues lied more with the monotonous gameplay loop and disappointing “play as anyone” concept rather than technical setbacks. Those criticisms remain true on PS5. Watch Dogs Legion looks and runs better than ever, but it’s still not particularly fun to play.

While Ubisoft has pushed its other holiday release, Assassin’s Creed Valhalla, to run at 60 frames-per-second on PS5, the same cannot be said of this lesser counterpart. London and its boroughs still run at the same 30 frames-per-second as the PS4 version, but at least the city looks more life-like than ever before. Lighting really pops, particularly when neon signing and ray-tracing are involved. It helps to bring more colour to the mean streets of England’s capital, impressively brightening surroundings during the day and keeping clarity once the sun goes down. A noticeable improvement over the last-gen version indeed. 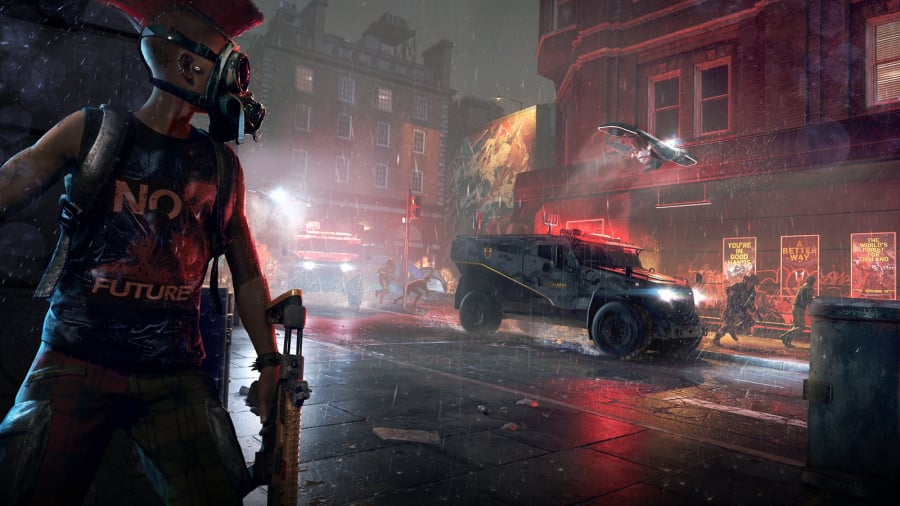 That carries over to visuals in general even when moody lighting doesn’t try to set a certain tone. Character models actually look quite like normal humans being on PS5, rather than some of the atrocities captured on PS4 served up by the game’s random NPC generator. Environments are more detailed too, especially when it comes to stonework and the more minute details that make up a location. They’re aspects you may pass on admiring in the middle of a gunfight, but wrap back around and there’s a lot of beauty to take in.

Better yet, the lighting glitch that reared its ugly head in our playthrough on the previous-gen console is now nowhere to be seen. That doesn’t mean the updated undertaking is devoid of any bugs, however. Vehicles and objects continue to fade in and out of existence at random, even if the act happens right before your very eyes. It’s not a good look.

Load times were another source of frustration on PS4, but they have been dramatically reduced on the new machine. The initial load into the open world takes just 16 seconds on PS5, a gigantic improvement over the 67-second wait on Sony’s now outdated system. Fast travelling across the map can now be done in eight seconds rather than 33 while switching between Operatives take up 11 seconds of your time. That one’s not quite as big of a reduction — 15 seconds on PS4. Where there was a load screen or fade to black in the PS4 version, there continues to be one on PS5. But they’re nowhere near as lengthy this time around. 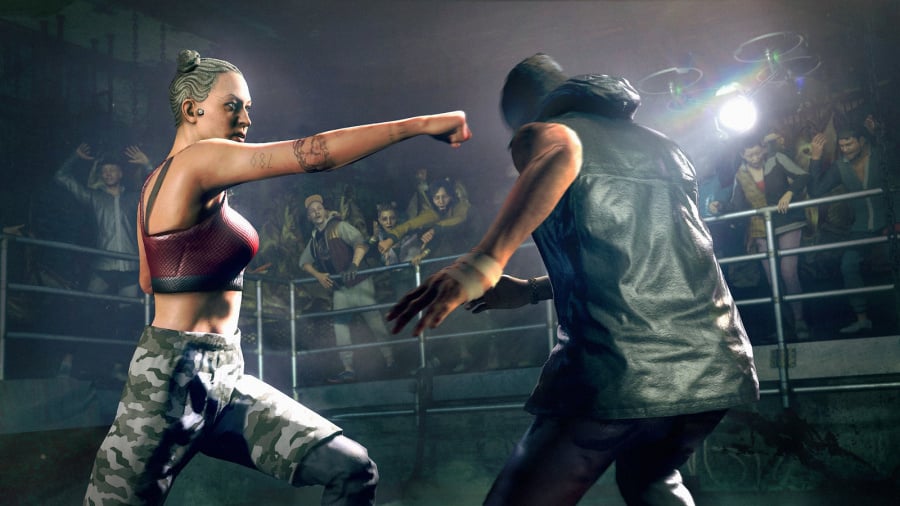 Supporting the DualSense controller is very quickly becoming an important facet of a next-gen title, and Watch Dogs Legion probably doesn’t do enough to get a pass. Adaptive triggers simulate the pull of a weapon’s trigger in a rather basic manner and that’s about the only implementation of the feature we could find. Haptic feedback, meanwhile, is nowhere to be seen. Ubisoft’s lacking attempt to make use of the DualSense pad is disappointing, but then it’s impossible to tell how much time the publisher actually had to incorporate much support. The real test will be placed upon the shoulders of next year’s releases.

PS5 allows Watch Dogs Legion to look and run much better, but at the end of the day, it’s still very much the same game. The ability to play as anyone quickly falls by the wayside as you find comfort in a select few Operatives who always get the job done, meaning the concept never finds time to develop. Every character plays the same, with menial perks and skills not enough to convince you into switching multiple times throughout missions. That’s what Ubisoft wants you to do, but ends up giving you absolutely no reason to do so.

And then there’s the general gameplay loop — one which rests on the laurels of past entries and actually strips the experience of a lot of hacking. Gunplay is serviceable at best, exploring the open world is more frustrating than it should be with poor vehicle handling, and traversal is generally rather dull. The best thing about it continues to be the hacking puzzles and Spiderbot minigames. At least they’re pretty fun.

Watch Dogs Legion might look and run better than ever on PS5, but that means little when the game itself struggles to break the boundaries of mediocrity. This next-gen version remains unchanged from its PS4 counterpart as far as gameplay goes, so the boosted performance does little to hide the title’s underlying issues. No matter how well it runs, Watch Dogs Legion needs to sort out how it plays.